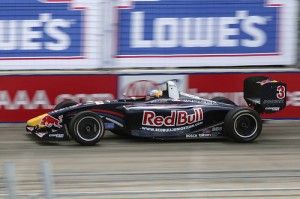 The Red Bull Racing team was certainly the center of attention at this weekend’s Turkish Grand Prix – but for all the wrong reasons. Lewis Hamilton and Jenson Button pulled off a 1-2 sweep for McLaren in Istanbul, but the talk after the race was about the inability of the Red Bull team to play nice. Sebastain Vettel collided with teammate Mark Webber while attempting to make a pass for the lead with 17 laps to go, knocking Vettel out of the race and gifting the race to the McLaren drivers.

Vettel made a bold move to pass Webber late in the race with Hamilton close behind. However, it appeared that Vettel veered into Webber before they reached the next corner. The contact was enough to shuffle Webber back to third while Vettel spun out of the race. However, Vettel insisted that he had made a clean pass at that it was Webber’s fault that the accident happened.

The McLarens were able to show Red Bull how team racing was done in the final laps of the race. Button briefly passed Hamilton before Hamilton was able to retake the lead for good. Unlike the Red Bulls, both drivers gave each other enough room to race and avoided any catastrophic incident.