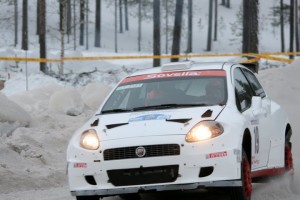 Just three years after winning the World Driving Championship, Kimi Raikkonen is leaving Formula One entirely, as the New York Times reports that the Finnish driver is finished with Formula One for the time being and will be heading to the world of rally car racing. Raikkonen will be joining Citroen for the 2010 World Rally Championship season.

“I always wanted to compete in rally, especially in the World Rally Championship at some point in my career,” said Raikkonen.

“Thanks to Red Bull, I have the opportunity to drive the best car of the series with the Citroen C4. This is a new but very exciting challenge.”