Jenson Button’s win at the Chinese Grand Prix on Sunday wrapped up a stretch of four races and came ahead of a three-week gap before the next race – the Spanish Grand Prix on May 9. The timing of the break could be extremely fortuitous, as the Times of London reports that a ban on flights to Europe caused by the massive ash cloud from the recent Icelandic volcanic eruption has stranded teams and their transports in China. 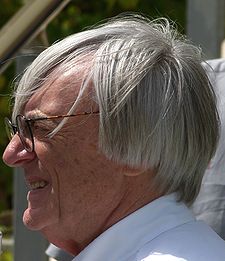 More than 1,000 team members were unable to leave Shanghai after the races on Sunday night. Even Formula 1 boss Bernie Ecclestone was grounded despite having use of a private plane. Even worse, teams have been told that they might be stuck in Shanghai until the first week of May – which would have potentially disastrous consequences for the Spanish Grand Prix. Instead of having three weeks to work on cars and engines before the races, teams might be forced to scramble to prepare their cars for the event.

Despite the problems, Ecclestone was confident that the Spanish Grand Prix would go off as scheduled.

“The main concern is getting the engines back because they have to be worked on,” Ecclestone said. “But I am sure everything will be all right. There is no question of cancelling the Spanish Grand Prix. Of course, it is causing everybody problems, but we will find a way to get everyone home.”