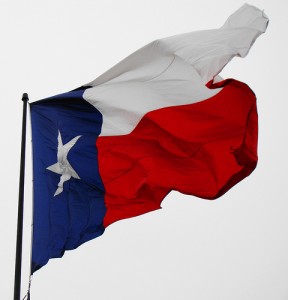 They say that everything is bigger in Texas, and Formula 1 is hoping that this holds true with auto races. In a press release on their Web site, Formula 1 announced that they had reached a 10-year agreement to revive the United States Grand Prix in Austin beginning in 2012. Racing will take place on a new road course specifically built to host Formula 1 racing.

“For the first time in the history of Formula One in the United States, a world-class facility will be purpose-built to host the event,” Formula One Group President and CEO Bernie Ecclestone said in the release. “It was thirty years ago that the Formula 1 United States Grand Prix was last held on a purpose-built permanent road course circuit in Watkins Glen, NY, which enjoyed great success.”

The deal ends months of speculation about a potential site for the revamped United States Grand Prix. The last edition of the race was won by Lewis Hamilton at the Indianapolis Motor Speedway in 2007. The deal was reached between Ecclestone and Full Throttle Promotions.

“This is a case of the right timing in the right place,” said Tavo Hellmund, managing partner of Full Throttle Promotions.  “As many Americans know, Austin has earned a reputation as one of the ‘it’ cities in the United States.

“We are extremely honored and proud to reach an agreement with the F1 Commercial Rights Holder. We have been diligently working together for several years to bring this great event to Austin, the State of Texas and back to the United States. All parties involved have a great amount of trust and confidence in each other and are committed to establishing the Formula 1 United States Grand Prix in Austin, Texas as a prestigious global event.”