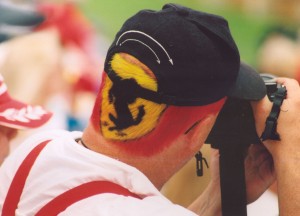 If you’ve never heard of the Monticello Motor Club, you aren’t alone. It was unknown to almost everyone in the racing community until it suddenly threw its hat into the ring to host a revamped United States Grand Prix in 2012. As the BBC reports, the private-member racing club in the Catskills Mountains thinks that its track could be an ideal location for a Formula 1 race and that club members would be willing to personally finance $150 million in renovations needed to bring the 4.1-mile circuit up to speed.

The idea of Formula 1 returning to America not at one of the sport’s premier tracks but at a largely unknown venue might seem unlikely, but Crash.net suggests that it might not be as far-fetched as it sounds. Formula 1 chief Bernie Ecclestone has been keen on having a race in New York and Monticello is actually the closest road course circuit to Manhattan, roughly a 75-minute drive and within a few minutes of an international airport. Although it might lack the glamour and tradition of tracks like Indianapolis or Watkins Glen, it could be just what works for Formula 1 in America.