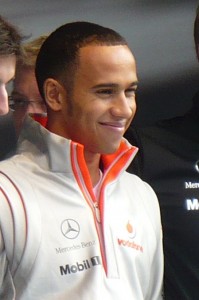 The Formula One campaign moves to Europe for the first time this season with Sunday’s Spanish Grand Prix at the Circuit de Catalunya in Barcelona. The three-week break gave teams a chance to go back to their shops and refine their cars based on the results of the early part of the season. However, practice times in the early Friday session are indicating that McLaren is picking up right where they left off.

Lewis Hamilton outpaced all drivers in the morning session with a best lap of 1:21.134 around the 2.875 mile, 16-turn track. Teammate and defending world champion Jenson Button was second, a reverse of the results of the Chinese Grand Prix where Button grabbed the points lead by leading Hamilton in a 1-2 finish for McLaren.

While the top cars at the top were familiar, the practice results also showed that certain teams and drivers might have found something extra during the break. One example is Michael Schumacher, who was just behind Button in the morning practice times. His fast time could also come as a result of familiarity with the track – Schumacher has won the race a record six times, and his Mercedes team testing extensively there in the off-season.