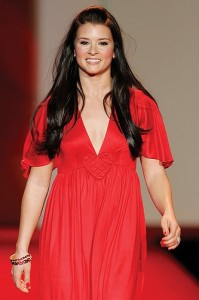 Growing Formula 1 in the United States has been a major point of emphasis for the sport’s boss Bernie Ecclestone, which explains why he made the controversial decision to bring the United States Grand Prix to Austin, Texas for 2012 and take a chance on a yet-to-be-constructed, purpose-built stadium track. With this in mind, it’s not surprising that he told the Formula 1 website that he is interested in seeing an American driver racing in Formula 1.

The last American to attempt to race Formula 1 was Scott Speed, who left for NASCAR. It makes sense that bringing a popular American driver could spur interest in the sport. However, the fact that he singled out Indy Car star Danica Patrick is sure to raise some eyebrows within the sport.

“Regarding an American driver, we have tried that lately but obviously what’s missing is the right attitude,” Ecclestone said. “You can race successfully in the US without the huge effort you need to succeed in Formula One. But to have someone like Danica Patrick in F1 would be a perfect advert.”

Patrick is currently racing full-time in the Indy Car series along with racing on a part-time basis in the NASCAR Nationwide Series. The odds of her transitioning to Formula 1 are remote; she is considered to be an oval track specialist (her lone win came at the Motegi oval in Japan) and a weak road course racer. She has just two top five finishes in 19 career road course races in Indy Car competition.