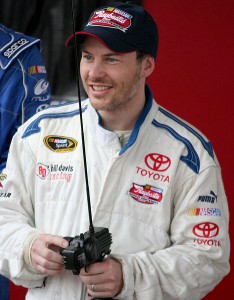 Former world champion Jacques Villeneuve is partnering with former GP2 series team Durango on a joint effort to place a Formula 1 team in the starting grid for the 2011 season. Villeneuve had submitted an application to the FIA as the head of one of the potential teams looking to fill the 13th spot on the grid next season, and the Canadian driver has confirmed that Villeneuve Racing will be partnering with the Italian-based Durango team in a bid for the next spot in the circuit.

““The team will be a joint venture with Durango, and based out of Italy,” Villeneuve said in a statement released from Indianapolis, where he is attempting to qualify for the NASCAR Brickyard 400. “To be clear, right now all the money comes from corporate sponsorship and not from personal investors.”

There had been rumors that the backing for Villeneuve’s nascent Formula 1 team came from private investors including the son of Libyan leader Muammar al-Gaddafi. Villeneuve said that the rumors “swirling” around the bid were false and that the team was being funded by sponsorships and not private investors.